Illinois may not have been identified as a renewable energy hotspot five years ago, but all of that changed in 2016 when the state passed the Future Energy Jobs Act (FEJA). The financial incentives initiated through FEJA allowed solar to boom in Illinois for several years, but the industry is now barrelling toward a proverbial funding cliff, and swift action is required.

What Is The Solar Funding Cliff?

FEJA offered financial incentives to spur solar growth in Illinois. The initiative was phenomenally successful, which has proven to be both a blessing and a curse; those financial incentives have now run out for large distributed generation projects (anything over 10 kW AC), though limited funding still remains for smaller residential customers.

Essentially, Illinois’ renewable energy industry is headed toward a steep dropoff in progress—aptly named the Solar Funding Cliff—once all of the remaining funding has been depleted.

Why Is The Solar Funding Cliff Important?

There are a few major reasons that this issue is so critical. Firstly, for the last few years, solar job growth in Illinois rose steadily; this was due in no small part to FEJA.

However, the state lost 3,500 solar jobs in 2020. This happened partly because funding has been depleted for large distributed generation (so there is less available work), and partly because of COVID-19.

The next reason that the Solar Funding Cliff must be addressed is that the current renewable portfolio standard (RPS) is set at 25% renewables by 2025. In order to meet that threshold, solar growth will need to continue rapidly; that simply will not happen without a legislative fix that provides additional funding.

How Does This Affect Potential Solar Customers?

At the time of writing, very few small distributed generation projects (systems under 10 kW) still have the opportunity to secure Block 2 funding for renewable energy credits; once Block 2 is full, customers will be able to capitalize on Block 3 funding, which is 4% less.

In all likelihood, both Block 2 and Block 3 will be depleted by the end of the first quarter in 2021, and no new solar customers—regardless of whether they are commercial, agricultural, or residential—will be able to capitalize on renewable energy credits until 2023 or 2024, unless new legislation is passed.

Clearly, the Solar Funding Cliff will hamper prospective customers’ abilities to afford systems in addition to harming small businesses, severely impeding progress toward renewable energy growth in the state, and causing the loss of thousands of jobs.

If you’re interested in Going Solar, we urge you to explore the possibility sooner than later. Although we hope that legislators will mitigate the damage that the Solar Funding Cliff could cause, there is no guarantee that renewable energy credits will be available for several years after Block 3 funding runs out in early 2021—contact us today to discuss your options! 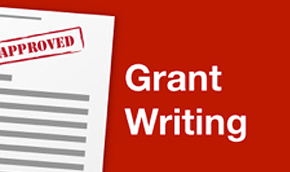